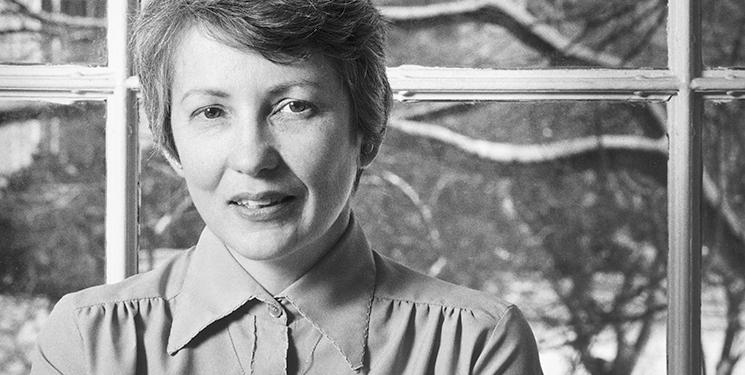 Professor Margaret MacVicar was an outstanding educator and scientist who served as Dean for Undergraduate Education from 1985 to 1990. She was the founder of MIT's acclaimed Undergraduate Research Opportunities Program (UROP), and nationally recognized for her leadership in shaping policies for undergraduate and science education in public schools.

Margaret MacVicar joined the faculty of MIT’s Department of Physics in 1969 and immediately became involved in educational matters, in addition to her teaching and research. She received both her Bachelor and Doctor of Science degrees here and noted: “There were educational and social issues I wanted to work on, and MIT wasn't a bad place to work on them.” Acting on a suggestion from the famed inventor of instant photography, Dr. Edwin H. Land, then a visiting Institute professor, and with encouragement from senior faculty and administrators, Professor MacVicar launched UROP, which links undergraduate students in collaborative, hands-on research projects with faculty members across MIT.

UROP remains one of the most substantive academic innovations in MIT’s history and has become an indispensable part of the academic culture at the Institute. It began with just 25 students; today, nearly 90% of all undergraduates participate. Before UROP, hands-on research was not a regular part of the undergraduate experience at MIT or elsewhere. The program is now reproduced worldwide, and has been cited for excellence by the U.S. Secretary of Education and embraced by the National Science Foundation. When the Charles A. Dana Foundation awarded Margaret MacVicar its 1986 Commendation in Higher Education Award for designing and implementing the UROP program, Foundation Chairman David Mahoney said, “I can scarcely imagine a development with greater promise for the quality of undergraduate higher education in this country.”

At the time of her death in September 1991, MIT President Charles M. Vest noted:

“Margaret MacVicar was one of those rare individuals whose thoughts and actions transformed a great institution and influenced thousands of young men and women. Her development of UROP brought a potent combination of teaching and research to the education of MIT undergraduates. She engaged her profession and her life with an intensity and a courage that have inspired and touched us all.”

Professor MacVicar's dual interests as scientist and educator were reflected in her faculty appointments. She was a professor of physical science and held an endowed chair as Cecil and Ida Green Professor of Education. She worked in physics and materials science, and her principal research interest was in electronic materials, especially high-temperature metal and ceramic superconductors. Professor MacVicar and her research group pursued both fundamental and applications-oriented studies, using single crystal and thin-film formats. They received patents for a pioneering technique to detect and investigate corrosion kinetics utilizing superconducting magnetometry, and for an electrochemical approach to fabricating ceramic superconductor precursors, using thick coatings on three-dimensional geometries.

In recognition of her accomplishments in science and education, Professor MacVicar was appointed Vice President of the Carnegie Institution in 1983. She remained with the Carnegie Institution until 1987, developing research and education policies in the earth and astronomical sciences and designing a long-range plan for the institution's activities. She also served on national panels, including the National Center on Education and the Economy's Commission on the Skills of the American Workforce. When the commission issued its report in 1990, Professor MacVicar commented that the current emphasis on improving average skills and competency levels would prove to be "a castle-in-the-clouds strategy if the workplace is not also changed to make use of those skills. We must have a workplace that pays well and values people and has prestige for all levels of jobs."

As Dean for Undergraduate Education, MacVicar headed up the Institute's comprehensive review and restructuring of the undergraduate academic program. She told an interviewer that an MIT education ought to fit into the context of a student's life and make them aware of their societal responsibilities. "It is not technicians that we seek to prepare, nor bench-tied engineers practicing narrow specialties and intent on deadlines and objectives devised elsewhere. Our purpose is to direct the best minds toward inquiries and enterprises concerned for the human condition." Among the changes she guided through faculty deliberations was a declaration of diversity — in terms of the numbers of women, minorities, and students with more varied interests and experiences — as an undergraduate admissions priority.

She was instrumental in the revitalization of the humanities, arts, and social sciences requirement; a revision of the science distribution requirement; a requirement for the study of modern biology; and a refinement of the pass/no credit grading system for first-year students. She was also involved in several innovative ventures, including the Experimental Study Group (ESG), an individualized program in core subjects for first and second year students. Dr. Paul E. Gray, former Chairman of the MIT Corporation and former MIT president, said of his longtime colleague: "Margaret MacVicar was an extraordinary innovator, leader, and educator. She possessed a remarkable combination of ability, insight, judgment, and energy which is rare in any generation and which made her a singular teacher of institutions as well as individuals."

Known for her teaching ability, MacVicar was the first recipient of the Class of 1922 Career Development Award, in 1973, endowed by class alumni to support young faculty members of exceptional promise and unusual devotion to teaching. In 1977, she received the Irwin Sizer Award for the most significant contribution to education at MIT.

Her leadership in projects outside MIT is notable as well. In 1979, she held the Chancellor's Distinguished Chair at the University of California, Berkeley, in the Department of Materials Science and Engineering. She was co-chair of Phase I of Project 2061, a study by the American Association for the Advancement of Science's National Council on Science and Technology, and chair of the National Science Foundation's new Advisory Committee on Education and Human Resources. Professor MacVicar also served as a trustee of the Carnegie Foundation for the Advancement of Technology and a member of the Carnegie Council on Policy Studies in Higher Education.

Margaret MacVicar's many awards included an honorary Doctor of Science degree from Clarkson University in 1985. She was Orator at the 1984 Literary Exercises of Phi Beta Kappa at Harvard University, Cecil and Ida Green Distinguished Lecturer at the University of Texas in 1979, and Vollmer W. Fries Lecturer at Rensselaer Polytechnic Institute in 1976. She was a member of the Corporations of the Charles S. Draper Laboratory and Woods Hole Oceanographic Institution; a trustee of Radcliffe College and of the Boston Museum of Science; and a director of Exxon Corporation, the Harvard Cooperative Society, and H. W. Brady Co. She was also a fellow of the American Physical Society. She received a Bachelor of Science degree in physics from MIT in 1964 and a Doctor of Science degree in metallurgy and materials science in 1967. From 1967 to 1969, she served as a postdoctoral fellow in the Royal Society Mond section of Cavendish Laboratory, University of Cambridge, England.